Addison’s disease , also called hypoadrenocorticism, is an endocrine disorder that is caused by a lower than normal production of adrenal gland hormones. The adrenal glands are located near the kidneys, and are responsible for the production of hormones that control the salt, sugar, and water balance in the body. In Addison’s disease there is usually a deficiency of cortisol and a mineralocorticoid (aldosterone). The most common cause of Addison’s disease is destruction of the adrenal gland tissue by the pet’s own immune system. Cortisol is responsible for combating stress, while Aldosterone controls the water, sodium, potassium, and chloride concentrations in the body.

It can be challenging to diagnose Addison’s disease in dogs because of the vagueness of its symptoms, which is why it is often referred to as “The Great Imitator”. The most prominent symptoms include vomiting, diarrhea, excessive thirst, weight loss, lethargy, poor appetite, shaking and muscle weakness, low heart rate and body temperature, depression, pain in the back end, and possible collapse. There may be no obvious signs of the disease until 90% of the adrenal cortex is no longer functioning.

Diagnosing Addison’s disease may include the presence of elevated potassium levels and abnormally low sodium levels, but this is not true in all dogs. The most reliable diagnostic test for this disease is an ACTH stimulation test, and usually is accompanied by a thorough medical history, physical examination, bloodwork, and a urinalysis. If the adrenal glands have deteriorated far enough, an acute episode may occur, called Addisonian crisis. When this occurs, it can cause a cease in kidney function, arrhythmia, and dangerously low blood pressure levels. Addisonian crisis is considered a medical emergency, and may result in death if not treated promptly.

Addison’s disease is an uncommon disorder in dogs, most frequently found in young to middle-aged and female dogs, and is extremely rare in cats. It is thought to be inherited in Leonbergers, standard poodles, and Nova Scotia duck tolling retrievers. Certain other breeds may also be predisposed, such as the Airedale, bearded collie, German shepherd dog, German shorthair pointer, Great Dane, St. Bernard, English springer spaniel, West Highland white terrier, wheaten terrier, and Portuguese water dog.

Treatment depends on the severity of the disease, your individual pet, and your veterinarian. Pets with Addison’s disease are treated with cortisol and mineralocorticoid replacement therapy. Since it may take some time to establish the correct levels of the hormones for each individual dog, routine blood work may be necessary initially to establish the maintenance dose. Some will need fluid and electrolyte support, and it is imperative that they are provided with plenty of drinking water. Discuss the treatment options with your veterinarian when your pet is diagnosed with this condition. 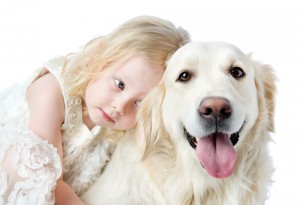 Each year, more than 2% of the United States population suffers from a dog bite. That equals more than 4.3 million people! Canine aggression is not abnormal, but to better understand how to handle it, we need to understand the types of aggression and its causes.

Dog aggression, or threatening and/or harmful behavior towards another living creature, includes growling, nipping, snarling, snapping, lunging, and biting. When they display this behavior, they are only revealing normal species-typical behavior that is dangerous and unsuited with human lifestyle. There are various reasons why a dog will become aggressive towards their owner or complete strangers.

Sometimes aggression may stem from a medical problem unknown to you. It’s because of this that it is recommended to take your dog to a veterinarian when attempting to find out why they are being aggressive.
If a medical reason for the hostility isn’t found, your veterinarian will probably refer you to a behaviorist. A behaviorist will then acquire a behavioral history from you and then prescribe the recommended therapy.

Your veterinarian will do a thorough examination on your dog to find out if there’s a medical reason for their aggression. For example, a dog with a painful back may lash out when picked up. If there are no medical reasons, you’ll be referred to a behaviorist.

When seeing a behaviorist, you should be ready to spend a couple hours in a session. It’s a good idea to keep a written document of details about your pet’s behavior. It’s important to give the behaviorist as many accurate specifics as possible. You should make a note of:

It’s very helpful to the behaviorist to make a video of the dog in the act of their aggressive behavior, however, always be very careful not to get hurt. This and accurately answered questions about the behavior will assist them in their personalized treatment for your pet. They will also let you know their personal and professional opinion of the risk.

Aggression is influenced by several factors, including: genetic predisposition, early experience, maturation, sex, age, size, hormonal status, physiological state and external stimuli. Behaviorists use a classification system based on patterns of behavior and the circumstances in which they occur. This is done to determine the dog’s motivation and the cause of the behavior. The classification is as follows:

Each case of aggressive behavior in dogs in different. The treatment will vary depending on the diagnosis, your capability, compliance, and even your schedule. It may involve one or a combination of drug therapy, surgery (for instance spaying/neutering), avoidance and management (such as a head halter), and behavior modification techniques (like desensitization and counter-conditioning).

Always be aware of the risk that, even with successful treatment, the aggressive behavior may return. The best to hope for is the reduction of the probability of aggression. There are benefits and risks you must weigh when keeping a dog that has shown signs of aggression.

If your dog’s behavior is erratic it may be a good idea to purchase a basket style muzzle until you are able to get professional help. Physical punishment is NOT a good way to train your dog in ANY case. This can increase the intensity of your dog’s aggression and may result in serious injury. Avoid all interactions that you know trigger your dog’s aggression. Evading problems may involve:

Do not permit children to have contact with your dog unsupervised. Kids should be taught to avoid bothering dogs that are resting, chewing on a bone, or eating. They should never be allowed to hurt or tease dogs.

An easy strategy is to keep your dog on a leash all the time. At home, you might want to attach a thin nylon leash to their collar that your dog can comfortably drag. That way you will be able to get control of them safer. Indoor leashes can even be attached to head collars for even greater control. Do not try to get in the middle if your dogs end up fighting with each other. Interrupt the aggression using water, a loud noise, a blanket or spray. 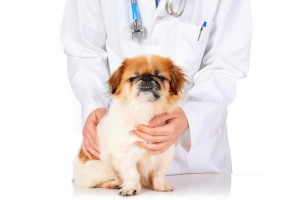 Bearing in mind their size, domestic cats can make dreadful enemies. Cats have five effective attack weapons, including mouth that can open widely equipped with sharp teeth, and four dexterous paws bearing needle-sharp claws. These weapons, combined with explosive speed and the limberness of a contortionist, can make restraining reluctant cats more difficult than herding these independent animals.

As every veterinarian knows, it is far better to avoid a cat’s anger than it is to confront it once the cat’s enraged. Therefore, the approach of nominal physical restraint and slow, placid handling is the best one to use when treating cats. If the cats temper has already reached its boiling point, it is best to give them time to settle down before continuing any therapy. However, sedatives or full physical restraint may be needed if it is important to continue immediately.

Another way of classifying aggression is into affective and predatory types. Affective, or emotional, aggression refers to a sudden mood change, and predatory aggression refers to the business of predation, i.e. procuring prey by hunting and killing, which is comparatively unemotional. There are also two types of affective aggression; defensive and offensive. Defensive aggression is in response to a threat, whether real or perceived, and is either entirely self-protective, or a combination of self-protective and maternal if a litter is involved. Offensive aggression indicates an animal lashing out at another animal, most likely unprovoked, in order to achieve some “selfish” goal.

Cats have always been considered lone, independent creatures, but it has newly been accepted that they can live socially and that some may become the “alpha” cats. In order to accomplish and hold this title, they must be physically strong and possess a willful personality. This is why aggression is a natural behavior for the cat and was required for survival of the cats’ wild ancestors.

The aforementioned type of aggression called “petting-induced” aggression is also a form of hostility found in a cat with “dominant, alpha cat syndrome”. This type of aggression may be expressed at home toward compliant owners during calm petting sessions. It also involves biting the owner over property such as food, toys, or resting place, as an attention-getting mechanism, and a way to rebel if an owner is trying to control the cat.

Defensive, or fear aggression, happens more often in cats that haven’t been raised with appropriate exposure to other cats or people at a formative time of their development. However, it can also occur in cats that have had negative exposure to people or other cats. It can easily be directed towards an offending person or another cat, and is another fairly common form of feline aggression.

Lastly, pathological aggression may just take place out of context because of minor stimuli. This type of aggression may be largely due to health issues like infections, partial seizures, lack of nutrition, and hyperthyroidism (an overactive thyroid gland). Before attempting any behavior modification, the medical causes of aggression need to be ruled out by your veterinarian. 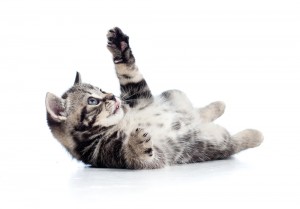 Boarding a pet can be nerve-racking for both the owner and the animal. Here are ten simple tips to help keep things smooth and simple: 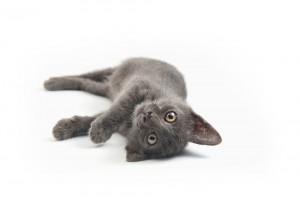 Arthritis, or the inflammation or swelling in a joint, can be caused by many things; instability of the immediate ligaments and tendons, unusual bone or joint development, injury or damage to the joint, injury caused by the immune system, or an infection. While anti-inflammatory medications are common treatments for arthritis, another process involves protecting the joints cartilage and “nourishing” the joint. Here are ten tips to help keep your arthritic pet comfortable. 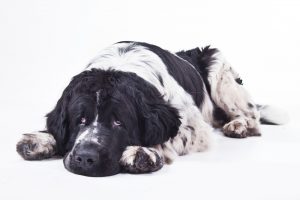