Coprophagia is the practice of eating stool (feces). There’s nothing more disgusting to a dog owner than seeing their dog eat its own or another dog’s stool, and then to have the dog saunter up, tail wagging, looking for a kiss and a few kind words.

“Why on earth would dogs do such a repulsive thing?” an owner might ask. What on earth is the attraction in this behavior? We may never know for sure but we do have an inkling about what initiates the behavior and can surmise how and why it continues.

THE FACTS ABOUT COPROPHAGIA

Coprophagia is not an abnormal behavior for canines in certain situations. Bitches naturally consume their own pup’s feces – presumably, to keep the nest clean. This behavior provides a survival benefit as it prevents unhygienic conditions from developing in the nest; a state of affairs that could lead to disease. The biological drive to eat feces, which is implanted as a survival instinct, compels nursing bitches to ingest their pups’ feces.

In addition, many puppies go through an oral stage in which they explore everything with their mouths, sometimes ingesting a variety of non-food items, including feces.

As time goes by, the majority of pups eventually learn that food tastes better than feces and they swear off the stool-eating habit for the rest of their lives. Some older puppies may continue to eat feces for a few months, but most grow out of the habit after the first year.

Barring nursing bitches, the majority of “normal” adult dogs have absolutely no interest in eating feces.

WHEN COPROPHAGIA IS A PROBLEM

Slow learners, “oral retentives,” and pups in which habits are easily ingrained may continue to engage in coprophagia well beyond the accepted “norm” and may engage in it to excess. Such hard-core coprophagics continue the behavior long after their peers have developed new interests. Dogs like this, that seem addicted to the habit, may best be described as “compulsive.”

Below is a list of possible contributing factors though more than one may be operating in any one case.

Whether by nature, nurture, or a combination of factors, coprophagy rears its ugly head as a persistent and irritating habit that some long-suffering dog owners seem fated to endure. There are several different forms of coprophagy but, whatever form it takes, there are probably similar drives and predilections operating. Variations on the theme include:

There are some “home” remedies that have been practiced, but they rarely work. Here are a few:

Despite all these modifications in environment and training, some dogs persist in the habit of coprophagia. For these dogs, the compulsive disorder diagnosis may be worth considering. Some obstinate cases respond to the judicious use of human anti-depressants.

Although controversial, the obsessive-compulsive disorder diagnosis seems to fill the bill, on occasion at least, and it meets a couple of the scientific criteria for diagnosis.

In the majority of cases, coprophagy can be successfully treated at home by means of a combination of management changes (exercise, diet, and supervised outdoor excursions) and environmental measures, but be wary of the occasional medical condition that masquerades the same way (your vet can help rule out such conditions). 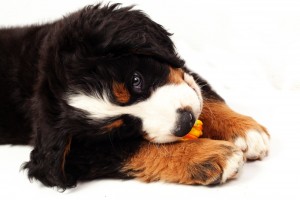