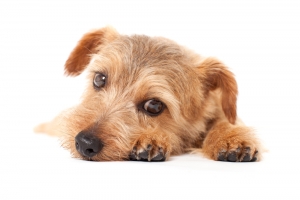 One of the most desirable treats for a dog is peanut butter, which makes the process of giving pills to dogs far easier because very few dogs will reject peanut butter. Many people will use a small amount of peanut butter as a treat or reward for their dog as well. But recent news stories have shed light on potential danger to your dog’s health that is finding its way into some peanut butter, an ingredient known as Xylitol. Xylitol is a man-made sweetener that is being used in more and more foods as a substitute for sugar, mainly in products that are marketed as weight loss foods or low in fat foods. The desire of many companies to provide alternatives to traditional foods and drinks that contain fewer calories or fats has to lead to an entire category of foods that have sugars being substituted with artificial sweeteners, Xylitol is the most popular. The biggest issue with this ingredient is that it is toxic for dogs to eat can be fatal if enough is consumed. Xylitol can be found in gums, baked goods, candies, and peanut butter.

This year so far, there have been more than 2,800 calls to the Pet Poison HelpLine that have shown potential Xylitol poisoning as the reason for the problems that the pet is experiencing. This number is up more than 300 over 2009, which is probably due to the increasing utilization of Xylitol in human products which are designed for weight loss and sugar-restricted diets. As the use of the sweetener becomes more and more popular and it makes its way into more foods that were traditionally fine to feed to your pets as a small treat (even though veterinarians will discourage the use of human foods as treats across the board) people are unaware that the food that once was able to be provided without any health issues is suddenly causing problems in pets due to the difference in ingredients.

The main issue with animals ingesting Xylitol is dangerously low blood sugar levels. When a dog eats anything containing Xylitol, insulin is produced by the pancreas. The blood sugar levels will drop to dangerously low levels and you will begin seeing signs of weakness, staggering and the pet acting almost as if they were drunk. Untreated Xylitol ingestion can cause irreversible liver damage and be fatal to dogs, however, if it is caught and treated early enough the damage can be reversible. Look for signs of potential Xylitol poisoning if your dog is vomiting, has diarrhea, or is acting very lethargic.

The problem with Xylitol is that many people do not know it is in their food, and do not know that dogs cannot eat even a small amount of it without being poisoned. Due to the fact that foods that you traditionally gave to your pet without any reaction may have switched ingredients to provide a “healthier” alternative, you can no longer feed that food to your pet without consequences. We encourage you to read the ingredients of anything you feed to your dog even in small amounts, and never feed anything containing Xylitol to your dog under any circumstances. If you suspect your dog has eaten Xylitol, contact your veterinarian immediately.