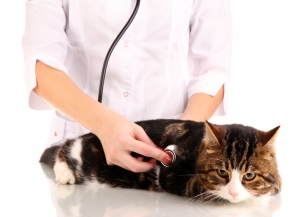 Healthcare in animals is as important as it is in human beings to pay attention to if long and happy life is to be enjoyed, both on the part of the patient as well as the pet parent. What this statement is referring to is the ongoing need to make decisions that are monetary with regards to the wellbeing of your pet, and the mental pain and stress that accompanies those types of decisions. Although insurance plans for pet medications are available, many people do not take advantage of the protections that are offered by a small monthly payment. In large-scale medical events that require expensive surgeries, treatments, and therapies, the decisions to not treat the animal due to out-of-pocket costs, and the eventual suffering or potential death of the pet are decisions that potentially could have been avoided through the maintaining of a small monthly payment. Unfortunately, not nearly enough people choose to protect themselves in this way, leading to poor health and suffering on the part of their pets.

A new concept in animal healthcare is “pet wellness programs” very much like the ones that are seen with human subjects. In this type of system, expensive treatments and therapies are avoided as much as possible by the leveraging of knowledge bases with regards to different species and breeds and applying this knowledge toward preventing illness and disease instead of simply treating it once it is manifest. Years of veterinary science have created an extensive body of knowledge that reaches far beyond the understanding of the bodies of pets in general, but additionally the specific medical issues that manifest in individual breeds at different points in their lives. Because many of these medical issues can be avoided through preventative maintenance involving screenings, vaccinations, and management programs, the concept of preventing the issues before they begin at a far lower cost than attempting to cure the disease or condition once it has presented itself has continued to grow in popularity over the past few years. Although the concept may be the opposite of the “profit motive” that is present in any business, the embracing of the idea of healing and creating bodies that are healthy and pain-free has been embraced by a growing number of veterinarians across the country. While the obvious desire to make as much money as possible will always be the primary concern for many animal doctors, those who embrace the “patients over profits” motivation are creating programs that are completely unique, and that have not been seen in the past.

Dr. Mark Beerenstrauch began his career in medicine many years ago, born from a love of animals and the desire to provide the best life possible for them. Through years of experience working within the traditional veterinarian clinics of Las Vegas, he began to realize that the concept of illness prevention that he observed being crafted within many large businesses and healthcare companies in order to reduce costs associated with lost time off work and medical treatments in people could be applied in theory and practice to his animal patients. When research as to the viability of a program that would statistically reduce the instances of large-scale treatments through low-cost ongoing maintenance began, Dr. Beerenstrauch found a surprising lack of detailed examples existing anywhere in the country to model his programs from. Literally nobody in the veterinary world was doing it, either due to a motivation of increased profits tied to the more expensive procedures or potentially the lack of understanding of how such a program could be implemented effectively. Dr. Beerenstrauch realized that he would need to do the research and create the programs themselves.

Within the Las Vegas veterinary clinic that is run by Dr. Beerenstrauch (Pet Health Hospital of Las Vegas) two specific programs have been implemented in order to assist pet owners in reducing the costs associated with treatments and keep pets healthier and happier. These have been named the “canine health” and “feline health” programs, and their purpose is to provide an easily followed map of healthcare procedures that should be completed at different stages of each species’ life cycle, starting with birth and ending with death. The generalities of wellness care for each species have been sub-divided into numerous “breed-specific” and “health-status-specific” areas, which have all been structured to provide a guideline of specific wellness-oriented programs that are individualized for the specific animal. When a pet parent arrives with a new pet for the first checkup at Pet Health Hospital, a complimentary assessment and ongoing maintenance plan is provided based upon the general knowledge of the particular animal’s health state, age, breed, and various other factors. If followed, this plan should statistically save pet parents money over time through avoidance of many of the commonly known ailments that the particular breed of animal will face. Of course, every disease cannot be prevented, but by doing everything that veterinary science has learned over the animal’s life which potentially assists in avoiding the disease through optimum health, Dr. Beerenstrauch maintains that over time pet owners will spend far less money on average, and also avoid those hard decisions that may have to be made as far as treatments that are not affordable by the owner. In essence, Pet Health Hospital is implementing a form of pet insurance by simply showing people how to keep their pets healthy.

The innovative wellness programs that have been implemented at Pet Heath Hospital are free of charge and are in place in order to provide an understanding of the specific aspects of healthcare that are unique to a breed by pet owners. Dr. Beerenstrauch believes that by providing an easily understood roadmap, along with an explanation of why routine maintenance is beneficial from the standpoint of a healthy pet as well as a monetary saving to the owner, he can create a body of patients that maintain a healthier life cycle and avoid the potentials of suffering through preventable health maladies that could have been avoided for pennies on the dollar when compared to extensive therapies or surgeries. The motivation of creating both healthier and happier animal patients as well as human owners satisfies the reasons he went into veterinary medicine in the first place. “Patients over profits” is alive and well at Pet Health Hospital, and you can benefit from it by making your first appointment.

How Much Coconut Oil Should I Put In My Pet’s Food? Veterinarian Advice: Why It Is Important To Trim Your Pet’s Nails
Scroll to top